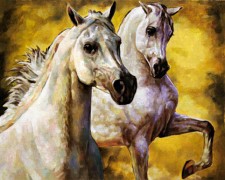 Two years ago, at age 55, I was diagnosed with follicular non-Hodgkin’s lymphoma. By the time it was diagnosed I was in Stage 4. I had my right knee, right femur, and left hip replaced. There was also involvement in my liver and spleen, so I underwent six rounds of chemo, one day a week every three weeks. I was told to expect horrible side effects from the chemotherapy, and I had every one of them. Fortunately the cancer went into remission from April 2010 until October 2011. I give credit to the doctors, but the glory to God. 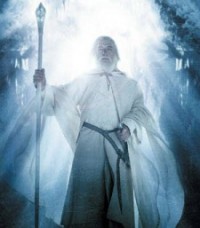 I started another round of chemo in November 2011, but this time with a huge difference. A retired Methodist pastor friend, also a cancer survivor, gave me Bernie’s book, Peace, Love & Healing. I now visualize my chemo as a scene from Tolkien’s Lord of the Rings. The scene I visualize is the one where Gandalf and his troops rescue the defenders of Helm’s Deep from about a million orcs. My oncologist is Gandalf, the treatment nurses are the troops, and instead of swords they all carry syringes of Treanda and Rituxan. By the way, I see them all riding white horses, galloping down from the top of a large hill, followed by a bright golden light. By now there are thousands of them, they crash into the orc/cancer and it melts away instantly.

I’m now halfway through chemo. No hair or weight loss and I look and feel great. Thank-you, Bernie.

I am so happy that you chose to share your story with us here in the blog. It is such a great example of the healing potential we all have in our minds when we use visualization as a tool to release that power. It makes me very happy to hear that my Peace, Love, and Healing book helped you find visualization as a way to reframe how you think about therapy.