I’ve read one of your books and I loved it. Unfortunately my mother is going through a hard time right now. She broke a bone in her foot and has to have surgery. She is deathly afraid of it, especially since they have to delay the surgery because she has a Left Bundle Branch Block. My mother has always been healthy so this is really getting her emotionally. She is a complete mess.

Meanwhile I am at school and cannot focus on my studies due to her being so distraught. Do you have any book suggestions for her? Also, is there anything you can recommend to help her with her anxiety which is growing as time goes by?

Thank you for taking the time to read this. 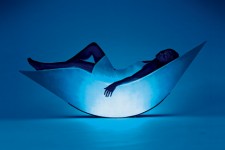 First, I recommend that you get your mother the CD entitled “Getting Ready: Preparing for Surgery, Radiation, and Chemotherapy with Minimal Side Effects.” It is for people about to have radiation, chemo or surgery. She can listen and prepare herself for the best result free of complications.

The CD will help her visualize a successful surgery free of complications rather than what she is doing now which is “catastrophizing” by looking only at the negatives in the entire situation.

You can also tell her she doesn’t have to have surgery. It is her choice. Maybe looking into rehab with Physical Therapy could restore her foot without surgery. But the main thing is that she knows it is entirely HER CHOICE.

The other idea you can ask her to think about is to imagine that going through the surgery is like going through the labor pains she endured to have you. Those pains resulted in joy, and were obviously more than worthwhile—she has you.

Chris is a 7 year old, fun-loving boy who spent the summer as an active member of the South Riding Sting Rays Swim Team. He loves the Red Sox, playing tennis and playing with Lego’s and Star Wars. Chris really enjoys hanging out with his friends. Chris is looking forward to starting the second grade at Little River Elementary School this fall and has already planned to be Harry Potter for Halloween.

In August, doctors found a tumor in Chris’ abdomen which turned out to be Wilms Tumor, a rare type of kidney cancer that occurs in young children. Chris quickly underwent surgery to remove the tumor which was attached to the kidney. During the removal, there was “spillage” of cells from the tumor into his system. Although everything visible was removed, doctors assume cancer cells remain, therefore elevating the cancer from a stage 1 to stage 3. This means Chris will undergo radiation treatment in addition to chemotherapy.

He has already spent one week in the hospital and while he has suffered multiple set-backs, his spirit is strong and he has a powerful community of family and friends by his side supporting him through his journey towards recovery.

It is always particularly difficult to accept when children must undergo the rigors of cancer treatment. As a physician, I found some things worked very well to make children not only more comfortable but also more positive and less afraid. That is so important in support of the Immune System which is working overtime during the healing process. 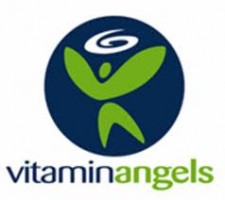 Kids believe their authority figures and can be deceived (hypnotized) into health, so try these approaches to help Chris. They always worked very well with my young patients:

It sounds like Chris already has a lot of loving people around him—family and friends—so everyone just keep the love coming. It is by far the most important ‘medicine’ Chris can receive.

My Dad is 66 and had a quadruple heart bypass a few years ago. He is diagnosed with Type 2 diabetes. Yet he remains a habitual user of sugar/ high starch/glycemic load foods, cheese and meat. When I look in his fridge I see a death wish.

He has recently stated that he has numbness in his toes. How can I support him to go for healthy living and life?

Before anyone is willing to change unhealthy physical and emotional habits, they need to feel worthy. Having seen so many patients in my professional life like your father, I have learned that their early parenting did not include making them feel worthy.

What I tell people to do, and what I know works, is to reparent themselves. I would tell your father that he must find pictures of himself as a young child, put them up around his home, and each time he looks at one, say to himself “I love that kid and I want him to grow up happy, healthy, and know how wonderful he is!”

You can’t change him until he decides to change, but you can love him and listen to him and hope he hears the negative messages he is sending to himself. They are not “truths” but just bad messages that his parents were sending him. Children absorb such messages unquestioningly and then have to pay for that as adults.

Let him know that he is so important in your life, and ask him to reparent himself…to get rid of all his negative thoughts about himself.

If he has a lifestyle that would support it, encourage him to get him a pet. One of the many wonderful things about pets is that they do offer unconditional love. Also, they can teach us how to live in the moment.