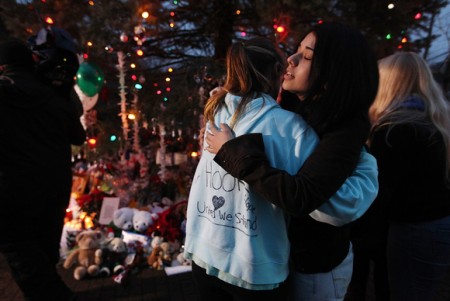 As we all continue to try and recover at least to some degree from the tragedy at Sandy Hook Elementary School that took 28 lives, 20 of them 6 and 7 year-old children, just last Friday, December 14, 2012, a family member and FBI agent sent me some important information to share.

To the parents of those children who survived this tragedy, I would just say that when we love our children unconditionally, it will help them turn away from the need to seek revenge.

Given what I do for a living, some of my college friends were asking me for advice on active shooter situations like the recent school shooting in Connecticut. This is what I told them: 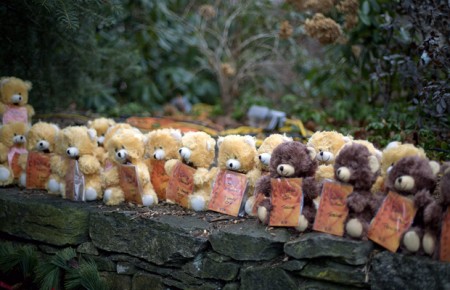 My profession puts me in a different position during incidents like this, but for unarmed civilians the advice I give, especially to my family is this:

RUN means get the hell out of there NOW. If you have to climb out of a third story window, you do it. That is what we learned from Virginia Tech. The classroom that was the scene of major carnage was the one where the teacher (and former Holocaust survivor) stayed behind with the remainder of his students who were too afraid to jump from a window. He blocked the door to buy time for the rest of the kids to jump but they wouldn’t go. Those who jumped survived.

HIDE means finding a real hiding place and not following the orders of some librarian who tells you to duck under your desk and cover your head. That is what we learned from Columbine. The librarian who ordered the library full of kids to get down and cover their heads survived because she hid in a closed book cabinet. The students she told to get under the desks were murdered.

FIGHT means using everything around you and on you. As an example, in every office building and school there are fire extinguishers. You can blow someone’s eyeballs out with a close blast to the face. You can shut down their respiratory system with a blast in the mouth or nose. You then use the metal extinguisher as a weapon and keep smashing until you win or die trying. Think Flight 93.

Above all, if someone in an alleged position of authority is telling you to do something that is stupid, don’t do it.  Actions like turning off the lights, locking a door, and huddling in a dark corner don’t make you invisible or bulletproof if a shooter knows you are there. The bad guy walking down the hall of that office building in the middle of the day, who came there to kill people, knows there are people behind that door. If you can get out of a window or a side door to the outside and escape, do it, regardless of the “stay together” pack mentality. The shooter is looking for a large group to target. Don’t be in that group. I tell my kids: “You have my official permission, in fact you are ordered, to try to escape.”

I know this sounds like something Yogi Berra would say but here goes: “If someone is coming to kill you, don’t be there when he arrives.”