I am a 50-year-old woman with a master’s degree in Mental Health and a doctorate in Leadership.  I have been married for 21 years and have two teenage daughters. In October of 2009, I was diagnosed with breast cancer, ductal carcinoma in situ (DCIS).  My doctor advised me of the many choices I had with this early diagnosis, but I was overwhelmed and just wishing that someone would tell me what to do. 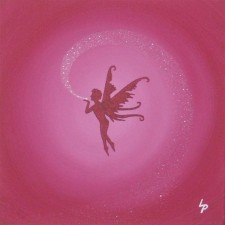 My story of discovering the strength to make my own decisions about the choices the doctor described begins while watching TV with my youngest daughter.  We were watching the first Tinker Bell movie.  I had remembered Tinker Bell as the feisty, jealous fairy who made Peter Pan’s life a little challenging.  To my surprise, the movie showed a different side of Tinker Bell.  She was a fixer.  So there it was!  I would brand my breast cancer journey with the “Tinker Bell concept.”  I would fix what was broken and make it magical through the process.

Yes, I might make mistakes or decisions that I wasn’t 100% sure of, but that was okay.  Actually, it was at this time that I connected with Bernie by sending him an e-mail.   Bernie kept me focused through the entire process.  I had three months before my surgery was scheduled.  I knew that in that time I had some work to do.

My surgeon and I had decided on a unilateral mastectomy.  That was the plan.  My plastic surgeon advised that I have a free flap to reconstruct my breast.  Then the call came in on Christmas Eve, right before I left for dinner with my family.  They were looking at the radiology reports and the other breast seemed to have a lot of “junk” in it.  Since I was having a free flap, they thought I should think about having a bilateral mastectomy. For me, it became a matter of supply and demand—a business decision.  This made the decision so much easier because it allowed me to separate myself from being the patient. 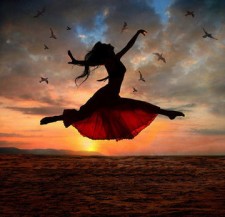 As my healing journey began my job was to help my daughters see the magic of believing, the magic of trusting in yourself to make necessary decisions, and the magic of working hard and being a fixer like Tinker Bell!

I was determined to fix my breast cancer by getting the right tools to build a healthy environment.  My most powerful tools were and are the amazing people in my life from Bernie to my daughters.   I listened carefully to their thoughts, feelings and amazing insights…and I survived.  I fixed my cancer through faith, love, and the magic of fairy dust.