I have been with my husband for 10 years now, five of them as a married couple.  The relationship has always been quite stormy.

One thing in particular has always left me destroyed and desperate.  Even though he has been living in my country for 16 years, where German is the dominant language, he has not really learned the language very well.  I think this is because he is not really interested in language and feels he does not really need it.  He has repeatedly told me (and his former girlfriend, so he says) that it is my responsibility that he learns the language.

I swear to you, Bernie, I have done all I can.  I’ve attended German language courses myself to better explain the grammar to him, I’ve spent endless hours preparing exercises for him, always speaking to him in German, but he just can’t be bothered to answer in German. We’ve had so many very nasty arguments because he blames me for him being isolated, not happy and not able to have every job he wants because I have not helped him enough.

What hurts the most is that he says I never took an interest in what he most wanted from me which was to learn German.  He has an academic background and I do not, so it is especially hurtful that he continually tells me that I am not educated enough to teach him.  This is his reason for now wanting to leave me to find someone who has an interest.

These very, very hurtful arguments leave me desperate because what he accuses me of is not true, and I am feeling helpless because there is no defense for me. I told him, that I feel let down by him, by not making the effort to at least speak to me in German or at least accept what I tell him.

He is under stress because for the last two years he has not liked his job but does not look for another because of the language barrier. Of course he blames me for that too; he says that I wanted him to take the job he has now.  Now he blames me for having problems with his stomach, gaining weight and not being fit, telling me that I should not buy food, and that I should go biking with him.  He says again and again that it is because of me that he is unhappy and therefore ill.

He is an obviously an intelligent man. I cannot find another explanation except that he is trying to avoid some overwhelming feelings about himself by blaming me for everything. But still, I can’t take it without suffering. I do not want us to split up because I do love him and I can see somehow the deeply troubled soul who is trying to break free and is suppressed by his ignorance.

After such horrible scenes, he wants to be held and hugged and be very near, which I find difficult because I get hurt so much by what he says in the heat of anger.

Common sense seems to say “leave him,” but there must be another solution.

He has three kids from three different mothers who I have supported whenever needed. One of them is with us regularly and all of them come on holiday with us. Sometimes I think he feels very guilty about having left them, especially two of them who live in very difficult circumstances due to the alcoholism of the mother, other kids from other men, etc.

May I please ask you for your advice?

What exactly do you want to ask me? 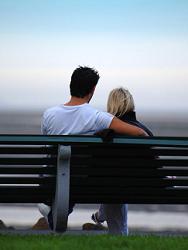 You can let your heart make up your mind, paying close attention to your beliefs about what he is really angry about—namely, himself for not trying harder to learn German and for leaving his other children in very bad circumstances for them.

You could choose leave, or you can stay and try telling him every time he tries to start an argument that you love him, and you will be there to help him when he’s ready to look at who he is really angry at—himself.

Just keep saying ich liebe dich all the time throughout every day for three months, then stop and see what happens–what he says to you on that day.

He was not loved by his parents, and he needs you to prove he is worth loving, so listen and love.  Do not engage in arguing with him and do not tell him what to do, just listen and say mmmm. 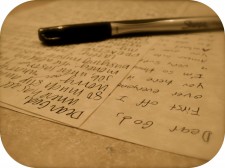 I just wrote a letter to God as I am feeling very confused and lost about what seems to be happening in my spiritual community.

Yesterday I attended a second part of a class that is using the book Praying Without Talking to God.  The title was strange to me as I don’t know any other way to pray.  I love God and have always had a very good relationship with what God shows up to be in my life.  I can’t put a name to it or describe God, but I can feel God and know there is no way I could have survived this world without this energy inside of me, holding me and guiding me.

What works for me is to think that God is our Source, God is Energy and we are like dear spiritual lights here to explore and to learn.  Who knows for sure what it is all about, but every part of my being feels God as a loving, kind, my protector, my hero.

I am not saying that they are wrong, as it seems this is where they are being led.  For me it is not the path I am drawn to follow.  I need to be with God.

I even struggled with staying with this community for human support as this is huge—I do love being with others.  Then the thought came to me that if I did that it would be like selling my soul just to have community.

This has caused huge pain for me.  I am still sitting with all of this and I am even thinking of returning to a mainstream church.  I was Catholic but left because of the politics.  I feel we all have a direct line to God.  I do so want community, but how does one find community and remain authentic in one’s walk with God. I don’t see it as black and white thinking to feel I want to be in a community that puts God first in everything.  I may not know a lot, and I may have trouble understanding, but I do know that I never want to lose this beautiful connection with God that I have always felt.

Bernie, do you think my struggle with staying or leaving a community is normal, or do you think that I am not seeing the whole picture?  If you have any thoughts please share with me.

I know I sound like a child, but I can only speak from my heart.  This is why writing helps me.  When I write things down I seem to be able to connect more with my heart and get my thoughts straight.  I was hit by the car at six years old and sustained a head injury.  I have often thought that this was why I have trouble sometimes articulating what I want to say.  Writing seems to help me work though my feelings.

Thank you for being a friend to me Bernie.  You don’t even know me, yet you have always heard and responded in friendship.  For this I am grateful.

Always I send you Love and Light.

My belief is that if you act like the god you believe in, you won’t have a problem answering your own question.  It just depends on your definition of God.

My definition of God is of an intelligent, loving, conscious energy.  You can’t deny that when you look at creation.

The God you can deny is one that would tolerate people killing each other over whose god is the real God.

I have a friend who has ALS, sometimes called Lou Gehrig’s disease.  What can I say to her or do to make her more comfortable?  How can she have peace?  Lastly, she is not as concerned with the thought of dying as she is with the thought of pain in the progression of the terminal disease? What would my prayers with her and for her consist of?

Thank you so much. 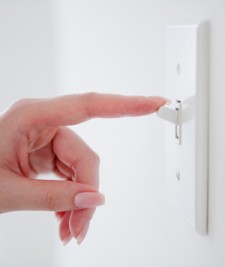 Visualize the future she desires, from having a miraculous healing to dying peacefully.  Empower with the knowledge that she has the ability to turn the will to live switch on and off.