This is a guest post from David Perlmutter, MD, Empowering Neurologist

This year marks a critical turning point in our understanding of the impact of neurodegenerative conditions in the Western world. While cardiovascular disease and cancer have captivated the spotlight over the past several decades, two important studies this year have brought long needed attention to the critically important impact that diseases like Alzheimer’s have not only in terms of their progressively increasing incidence, but with respect to the financial impact of these conditions as well.

In April, the New England Journal of Medicine published a compelling report from the RAND Corporation assessing the monetary costs of dementia in the United States. The report revealed that the prevalence of dementia in the US population over seven years of age stands at an incredible 14.7%, with a yearly cost per person with dementia ranging from $42,000-$56,000.

But what is most impactful is not only the finding that we are expending up to $200 billion annually in the care of dementia patients, but when this figure is contextualized, it means that our annual costs in dealing with dementia are twice that expended for heart disease and almost triple what is allocated for the care of cancer patients.

And yet, while we are bombarded by information convincing us that various lifestyle and nutritional choices are “heart healthy” along with persistent recommendations for colonoscopy and mammography, virtually no information is making its way to the general population in terms of powerfully validated scientific information supporting easily implemented lifestyle and dietary changes that can actually prevent dementia. 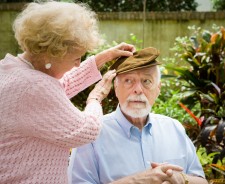 Professor Colin Prichard, writing in the journal Public Health, revealed that between 1979 and 2010, in the 10 biggest Western countries, there was a dramatic increase in deaths related to neurological disease. The United States was the leader in this increase, with deaths from neurological disease increasing by 66% in men and an astounding 92% in women during this time period. Dr. Prichard stated, “This is in sharp contrast to the major reductions in risk of death from all other causes. And what is really alarming, it is starting earlier and affecting people under 55 years.”

Alzheimer’s disease is by far the most common cause of dementia. The two cornerstone players in the pathogenesis of this disease are inflammation and free radical mediated stress, the action of free radicals which are damaging chemicals created during the normal course of metabolism.  Interestingly, both inflammation and the production of these damaging free radicals are influenced significantly by blood sugar. Bonding of elevated blood sugar to proteins turns on both the production of inflammatory mediators as well as the generation of these damaging free radicals.

Healthcare professionals as well as individuals with elevated blood sugar are familiar with a simple blood test, hemoglobin A1c. While A1c is looked upon as representing a marker of “average blood sugar,” its implications are far more important. A1c is a marker of glycation of protein (hemoglobin) and as such, is a direct marker of the degree of inflammation and free radical activity in the body, and more importantly, in the brain. Research published in the journal Neurology has demonstrated a perfectly linear relationship between blood levels of A1c and annual shrinkage of the brain’s memory center, the hippocampus. Indeed the hippocampus is a cornerstone in the pathogenesis of Alzheimer’s disease.

Even fasting blood sugar is a powerful predictor of brain atrophy with studies demonstrating similar findings of progressive atrophy of the hippocampus in individuals with even mild elevations of blood sugar.

This information is fundamentally empowering as we can absolutely impact blood sugar by making simple dietary choices. A low carbohydrate, higher “good” fat diet is now validated in our most well-respected, peer-reviewed scientific research, as being a diet that helps reduce inflammation, improve cardiovascular risk markers, and dramatically reduce glycation of proteins, and therefore free radical mediated stress. One of the key messages of my new book Grain Brain is the fundamental tenet that returning to a diet that has characterized our nutritional program for more than 99% of our existence on this planet makes absolute sense, especially as it relates to preserving and enhancing brain function.

Protein glycation, the connection of elevated blood sugar to protein, is a powerful leverage point that can be targeted to reduce both the production of inflammatory mediators as well as mediators of oxidative stress. A diet profoundly reduced in carbohydrate content focuses on addressing the fire of inflammation and free radical mediated stress that underlies neurodegeneration.

It’s time that we move forward and embrace the science that clearly supports how powerfully we can affect a person’s cognitive destiny. And in this context, food plays the central role.

Thank you for sharing your knowledge with us about the irrefutable connection between “cognitive destiny” and nutrition.  There is certainly more awareness through various media about dementia than ever before, but your message of empowerment to people about the ever-growing issue of dementia points out that we do not have to stand by and be helpless victims.  Instead, we can actively participate in preventing the scourge of dementia so that our longer lives can be lived fully.  This is all a part of the quality of life.  Science has given us much more in the way of quantity of life with longer life spans, but extra years are not a blessing if they must be lived in the shadow of dementia.  I urge my readers to visit your website, www.drperlmutter.com, to find the latest information on brain health, and if they follow social media, to look for you on facebook and twitter.