This is a shout out from my son, Michael, who passed at the age of just 15 years old in November of 1992. I saw a gifted medium who works with bereaved parents. Sandy lost a daughter to a drunk driver and after a year of anguish, developed her amazing skills.

After a few minutes with me, Sandy told me that Michael blessed me with many messages of love and thanks for his life.  She also said that he wanted to let me know that he was always near, aware that I had moved a couple of times since his death.  Sandy said Michael talked about how his brothers were doing, family who had recently passed, and some other things. She told me that Michael was a very powerful soul on the other side.

One of the messages that Sandy gave me from Michael was about how very proud and honored he was that two of his poems had been published, and of course, Bernie, you were responsible for that happening.  After 20 years, Michael thanked me for enabling you to include “I Won” and “Dare” in your book, How to Live Between Office Visits.

Bernie, I just wanted you to know that your tremendous influence on Michael has remained with my son in his new life. Because of you, his transition was easy and welcome when the time came. So, this is Michael’s message to you from beyond—his memory of you lingers with him still, and he is grateful to have known you in this life.

I felt blessed with great insights and a sense of peace during my Michael’s last weeks and days. I recall thinking of it as a High and Holy time where I felt a divine presence constantly.  I cherish the memory of the peace and strength that came to my son after meeting you. He did get to see “Healing Spirit” before he died thanks to an unfinished copy of the film sent to us before the final version was released after his death. To be able to see Michael and hear his voice is a precious, precious gift, Bernie. You have no idea what it means to me.

So, this is a thank you from both Michael and me. I do hope you and Bobbie are doing really well. You are both a gift to humanity.

Thank you for helping me recharge my battery with your message from Michael.  For those reading this post now, I am sharing your son’s beautiful poem, DARE, which appears in my book, How to Live Between Office Visits (A Guide to Life, Love and Health). 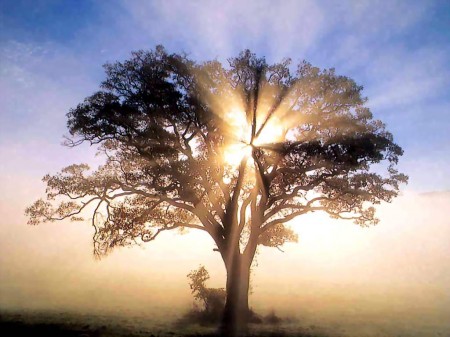 I see a world with disaster foretold;
I live in a fantasy from times of old
People don’t care for silks or gold
No-one’s evil, no-one’s on parole.

I came into this strange world, not knowing
up from down,
It’s a world of independence where people need to love.
Do what I have done, and challenge the world
Take nothing for granted, and know where you’re going.

Let go of all your physical restraints, don’t rely on anything,
This material world won’t make it without the love of God.
Many people care for you or else they wouldn’t be here for you
Trust me, anything is better than no-one.

Wipe your tears, I’m having fun.
Do what I did and accept the worst challenge of your life.
You see, I beat the challenge.  I won.
Soon I’ll be in a better place of no hate or disease.

I’m always with you, so I don’t want to see one tear on your face.
You CAN beat the world,
So Challenge it.  I Dare You.