Twenty-four years ago you saved my life through your book Love, Medicine and Miracles. I was diagnosed with metastatic breast cancer which had spread to my lymph nodes. I had a one-year-old baby and four other daughters to live for. Your book gave me the hope and the tools to survive. You also helped my best friend and soul mate fight off her leukemia for six years longer than the six months she was given to live. That was in the mid-1990s.

In 2006, I was re-diagnosed, this time with liver and lung mets. I refused chemo and surgery and started visualizing fervently while looking for my cure, which, by now, I knew would present itself. It did appear in the form of a brilliant nutritionist and an oncologist prepared to work with a “crazy woman” who arrived for every appointment dressed to kill, no matter what my mood was.

I was put on Faslodex, a hormone-blocking injection which, with diet, lifestyle changes, and visualizations, have rendered me cancer-free for five years. I stopped having the injection after I out-lived their longest surviving patient, and I’m still cancer-free after three years without the injection.

Three months ago a young colleague of mine was diagnosed with Stage IV breast cancer with mets in all organs and bones. I sent her your book and your CD of visualizations, and I told her to search for her cure. She fired the team who told her to get into Hospice care and that she would not make it through this summer.  Last week she “passed” her PET/CT scan with flying colors with no mets in any organs and bone. Healing was detected where the bone mets had been. She ascribes her cure to your powerful words and healing voice, as well as to your advice that I passed on about taking charge of her cure.

Thank you again for uncovering the secret for so many cancer patients. If only the rest of the medical profession would listen more closely to your words about empowering patients with hope and choices rather than just reading off result after bone-chilling result, condemning them to a man-made death sentence, which is what my personal trainer, Nick, has had to endure this week. He has been diagnosed with stage III colon cancer and has been given nothing but bad news. Enter Dr. Bernie Siegel (via your servant, me) and Nick just text messaged me that he has been visualizing 10x a day for the past two days and feels far more positive about his outcomes. 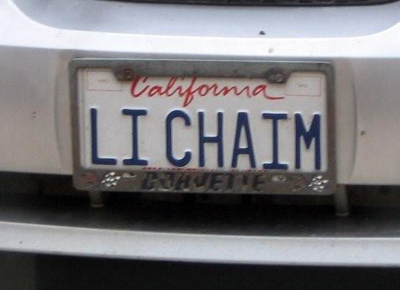 I love you with all my heart and will continue to give your book to those around me who need it.  My motto is L′ Chaim which translates perfectly from the Hebrew to “To Life,” and I live that motto thanks to you.  L′ Chaim, my remote healer.

Thank you for writing.  As I have said many times, I feel like the fortunate one—I get to be the Coach for motivated people like you, which is a great gift to me.

I am from Israel and I have AML leukemia that is not responding to treatment. I am eating only fruits and vegetables, exercising, and meditating. What can I be missing? I am at the moment in the City of Hope in California for the treatment.

I have a seven-year-old girl and three-month-old baby boy. I know I can get better but don’t seem to find the way to do so. I read your book, and I am writing a book also.
Thank you. 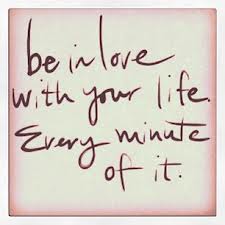 Love your life and body and live for yourself, not just because you are a mother.  Be your own child and take care of yourself lovingly just as you would do for your children. Don’t fight a war against the disease.  You must care for yourself with love so that your body gets the message that you want to LIVE.

Another thing to do is add visual imagery to your day.  Visualize your body healing and getting healthier every day.  Keep meditating, too, as you have been.  Some people find it easier to meditate for shorter periods of time two or three times a day instead of for one long session.

Make a list of negative words that describe how you experience having this disease.  Include words about the physical experience but also how the disease may be limiting your life.  Then think about any people or situations in your life that could be described using any of the same negative words.  To eliminate the disease, you also must eliminate the things from your life (people, situations, etc.) that cause stress because that takes away from your immune system’s ability to concentrate all of its efforts on eliminating the leukemia from your body.

In 1988, when I was 40, both of parents came to live with me. The same year my only son joined the army at the age of 18. So, as an untreated, self-centered alcoholic, my drinking went out of control.

My mother had Wegener’s granulomatosis, and father had congestive heart failure after having open heart surgery in 1970 and 1972. Birdcage valves replaced his aorta and mitral valve. I tried a support group for Wegener’s and went to bookstores to find a book on how to help my parents. Love, Medicine and Miracles was a tape I found.  I felt hope when I heard it.

I was trying to get my mother to stop smoking because of her disease, to no avail. In your tape, I remembered you talked about the woman who drove up to your office wearing no seat belt and smoking asking you to help her, but she was not helping herself.

Dad died at 65 and mom at 66, two months apart, in 1989.  I then began my spiral as an alcoholic and hit my bottom six months later.  I will celebrate 25 years of sobriety in November of this year.  Five years after sobriety I was able to give up my cigarettes, so it has been 20 years of being nicotine free.  My younger sister died at age 41 of lung cancer 20 years ago, and my father had small cell lung cancer when he died of heart failure. 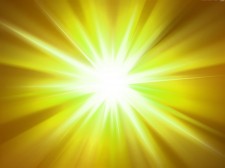 I developed small cell lung cancer and did radiation and chemo, ending up on a feeding tube. I remembered the boy you talked about on the Love, Medicine and Miracles tape who had the brain tumor, and how he “blew it up” and it went away. Eleven years ago, I tried that visual image of blowing up my tumor and was cured, much to my doctor’s amazement.

I asked God for at least 20 more years of life to make sure my three granddaughters were all grown up.  I know He was probably laughing, but I asked.

I just wanted to thank you for being you and touching my life.  God Bless you.

You showed up for practice and rehearsed until it got done.  I am happy to be your coach.