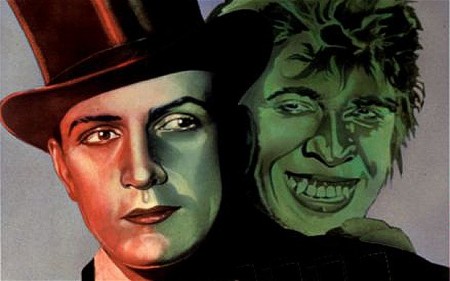 Why can’t we live the sermon? What is wrong with the human race? In the story of Dr. Jekyll and Mr. Hyde, Jekyll believes that there is good and evil in everyone and that he can bring them out through chemicals which affect the brain. He creates a serum which brings out his alter ego Hyde.

We do the same thing. We change our chemistry by our thoughts and attitudes towards life and other people and the various drugs and toxins we expose ourselves to. Would Abraham, Jesus, Gandhi, Mother Theresa, my Father, Schweitzer or The Good Samaritan expose themselves to or create that kind of chemical environment within themselves? I think not. Why then does a high school student turn into a Hyde and kill others for revenge only to have Jekyll pop up again and create enough guilt to then cause even Hyde to commit suicide?

Why can’t we live the sermon we are all exposed to in our formative years? The basic answer is that words are not the solution but our actions towards one another are. If you grow up with indifference, rejection and abuse, reading the New or Old Testament is not going to solve the problem. I was going to write this article based upon Biblical messages until Jekyll and Hyde came on our TV via Turner Classic Movies and the themes were so in line I had to mention it. Again I repeat, it is all about love and feelings of self-worth and the worthiness of all living things. 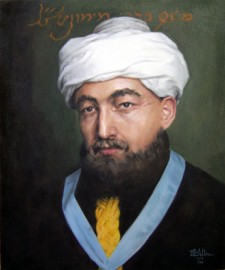 Now here is a very clear and simple list, I found in my readings, we are to follow and live by as explained in the Talmud (Sanhedrin 58b), they are: 1. Do not murder. 2) Do not steal. 3) Do not worship false gods. 4) Do not be sexually immoral. 5) Do not eat the limb removed from a live animal. 6) Do not curse God. 7) Set up courts and bring offenders to justice. Maimonides explains that any human being who faithfully observes these laws earns a proper place in Heaven. So you see, the Torah is for all humanity, no conversion necessary. I have to add that Maimonides’ words of wisdom have helped me to understand many things like disease being a loss of health and we should help our neighbor find what he has lost. Nine hundred years ago he said, “If people took as good care of themselves as the do their animals they would suffer fewer illnesses.” We are more likely to be Dr. Jekyll with our creatures and Mr. Hyde with ourselves and our families.

For Gandhi it was Ahimsa, interpreted as non-violence, but being more meaningful related to how we treat each other in our relationships. Mother Theresa was in favor of peace rallies and not anti-war rallies. Jesus teaches us to love our neighbor as ourselves presuming we love ourselves and feel like a child of God. Obviously the Hyde in us doesn’t let this happen in a compassionate loving way. Not only that his beautiful words, beliefs and actions are taken by others and made to add to our problems with guilt, shame and blame via the Hyde approach and internal chemistry. True love would never let these things happen.

Several years ago I was invited by the clergy of Tupelo, Mississippi (The birth place of Elvis Presley.) to come there and give a lecture. I accepted their invitation and shortly thereafter a Baptist minister, via radio and the newspaper, declared I was satanic and occult and no one should attend my lecture. The other clergy were shocked and fortunately this minister was willing to talk to me and explain that I do guided imagery with people and Satan could take over the images. How he could conceive of people not knowing God and Jesus from Satan, or Jekyll from Hyde, amazed me. I told him that I would base my talk upon quotes from Jesus and not say anything that Jesus wouldn’t say. That seemed to help him at least be willing to talk with me again even though I was not enlightened. The best thing that happened was, due to the effect his criticism had on the community, to have a luncheon with all the clergy in Tupelo attending. They realized how they really didn’t know each other and what their beliefs were. It was a meaningful session and of course everyone in town came to my lecture, including the Baptist minister, once they were told they shouldn’t come and it was a healing experience. 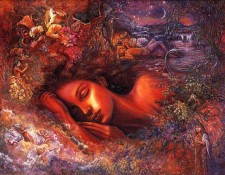 Our son Jeff had an interesting thought he shared with me when I told him about this topic. He said today parents and computers are the serum Jekyll is talking about. We are detached from each other; playing violent, destructive games via images which I am sure the minister would say are Satanic and occult. The Bible tells us God speaks in dreams and images and I know how true that is from my work with dreams and drawings by patients and children. But if parents and computer games distract us, expose us to violence and separate us from each other, they are helping to make this a Mr. Hyde world. If that is never to come to pass we need to create a Love Potion for ourselves and our children and help them to understand that aggression can be used in healthy ways too. We can fight for our lives and be love warriors.