Most doctors are not trained to communicate and understand the power of their words as they relate to a patient’s ability and desire to survive. Doctors are not the only authority figures who impact patients’ lives and their ability to survive a diagnosis of a disease. Parents, teachers, clergy and physicians also have the ability to change lives with their words. It can be hypnotic for a child or patient to hear an authority figure’s words. As I am fond of saying, “wordswordswords” can become “swordswordswords,” and doctors have the ability to cure with either “words” or kill with “swords.”

Up to the age of six, a child’s brain wave pattern is similar to that of a hypnotized individual. To quote a woman I know, whose mother gave her only failure messages and dressed her in dark colors, and who as an adult has more trouble with her mother’s words than she does with cancer, “My mother’s words were eating away at me and maybe gave me cancer.” We know from recent studies that loneliness affects the genes which control the immune system. So it is incumbent upon doctors to ask the right questions and know what patients have experienced and are experiencing in their lives.

I recently received two emails; one from a woman who had a recurrence of her cancer and had decided to not undergo chemotherapy again. Her doctor told her, “Then you might as well go home and commit suicide.” The other email came from a woman who asked her doctor if they could become a team. He told her no and that he was the doctor and in charge of her care. She packed her belongings, walked out of the hospital, and has found a caring oncologist with which to work. She is a survivor and not a submissive, sufferer, or from the doctor’s perspective, a “so-called” good patient.

Doctors need to listen to their patients’ words and treat their experiences. Helen Keller said it very well when she stated, “Deafness is darker by far than blindness.” Doctors also need to understand that patients do not live a disease — they live an experience. Doctors need to ask how patients would describe their experience and then treat them accordingly. The words patients use, like draining, failure, denial, pressure, gift and wake-up call are always about what is happening in their lives. So doctors can help patients to heal their lives and improve the chances of curing their disease. 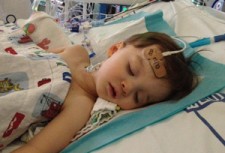 I did a great deal of children’s surgery earlier in my career. When I meet many of these children today, as young adults, I am amazed at how vivid their memories are. It is obvious how important this event was to them and the details they recall. I learned how powerful my words were when I began to notice children falling asleep as we wheeled them into the operating room. One boy turned onto his stomach and fell asleep as we entered the O.R. I turned him over on the operating table and he said, “What are you doing? —–You told me I would go to sleep in the operating room and I sleep on my stomach.” I replied, “I needed to operate on his stomach to get to his appendix.” So we reached a compromise.

Often I would rub an alcohol sponge on a child’s arm and tell them it would numb his or her skin. A third of the children would not feel the needle and ask why other doctors didn’t do that. I called it deceiving people into health. Give someone who has faith in you a placebo and call it a hair growing pill, anti-nausea pill, or whatever, and you will be amazed at how many respond to your therapy. 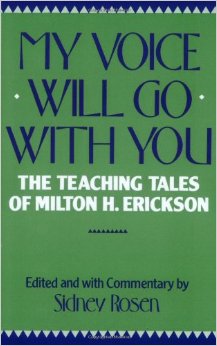 Doctor Milton Erickson, from his childhood experience with polio and hearing his doctor’s dire predictions to his mother that he wouldn’t see the sun rise, knew how important words were. As a child his anger led him to defy the doctor’s predictions. As a psychiatrist, and hypnotherapist, he knew how to talk to patients to achieve the best outcome. There are many books about his work. One by Dr. Sidney Rosen is entitled My Voice Will Go With You. And our voices do. At the conclusion of an operation, while patients were still under anesthesia, a time when they hear their surgeon’s words, I would say, “You will awaken comfortable, thirsty and hungry.” I did that until I noticed many of my patients were gaining weight and so I added these words, “but you won’t finish everything on your plate.”

One last story. Erickson would write in a patient’s chart and then excuse himself and leave the room. Of course he expected the patient would get up and go look at what he had written, so he would write, “Doing well.”

So give your family mottoes to live by such as “Do what makes you happy” so they pay attention to their feelings and keep an open mind about the future. And don’t be afraid to remind your doctor that his or her words have the ability to hurt, but also more importantly, to heal.