With summer here, many people are in a more playful mood because this is the season most associated with vacations.  Vacations refresh us by giving us permission to let go of our daily routine along with the associated “have to” mindset that we have when we are not taking a vacation break.  So I wanted to highlight one of my articles that will encourage you to let go of negative thoughts and negative influences in your life that you can eliminate.  Enjoy your life, whether you are on vacation or not, by resolving to laugh several times every day.  Your body will respond to the love you give it when you incorporate humor into your daily life.

He Who Laughs Lasts 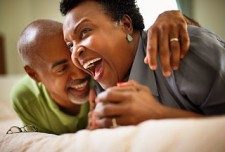 Love and laughter are required to build and hold our lives together. For me love makes up the bricks which we build out of. Ask yourself what you are capable of loving and you will know what your life is about. But what holds that life and the bricks together? We need mortar and the mortar of life is humor. For me this represents childlike humor that isn’t offensive and doesn’t hurt or upset anyone. Humor of this type heals lives.

One of the things that convinced me of the value of humor occurred one evening when my wife and I were out lecturing. My wife Bobbie does stand up one-liner comedy as part of our presentation so people can feel the benefit of laughter and not just hear a lecture about how it alters our physiology. On this particular evening I did not take her seat in the audience, as I usually do, because of the set-up of the stage. I sat behind her and watched the audience. The change in their physical appearance after laughing for 15-20 minutes was striking and made me a firm believer in the benefits of humor. Two of her straight lines are, “He who laughs, lasts” and “Laughter is contagious—be a carrier.” I agree.

On a personal level, what I mean by childlike humor is about seeing the world through a child’s eyes. On airline flights I would come out of the lavatory looking worried and say, “I may have damaged the plane.” Attendants would hurry over and I’d say, “I dropped something from Italy in the toilet and then I saw the sign, Don’t throw foreign objects in the toilet.” Now all the planes have signs that say, Don’t throw solid objects in the toilet because of crazy people like me.

Many years ago, I fell off our roof when a ladder I was climbing broke.  I landed on my feet, which seemed physically impossible considering the angle of the ladder, etc.  I shared the story with the audience for one of my talks when we got to the topic of having a guardian angel.  I said that I thought I must have an angel, given my lucky escape from injury when I fell off the ladder.

A man came up at the end of my talk and said, “You do have an angel, and I know his name.”

The man asked me, “What did you say when the ladder broke?”

I laughed, but didn’t realize what a gift he gave me. Now, whenever I get into difficult situations and blurt out, “Oh Shit,” I start laughing because I know help is on the way. Feel free to make use of my angel when you are in need.

One other example of childlike behavior and humor is in the instructions you either read or hear from people. When it says, sign in upon entering, write down “upon entering.” When it says, print your name, print “YOUR NAME.” When the sign says, “Nobody Allowed Here,” go on in, and when they shout at you, just tell them you’re “a nobody.” Most of the time they let you go, thinking that if you’re that stupid, you pose no danger. One guard stepped in front of me and said, “I’m making you somebody and you have to leave now.” Another child appears and I gave him a hug. 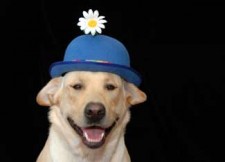 The last point I would make is that the world is filled with pain. Why add to it? Why not help heal it? The majority of people feel the world is unfair. It isn’t. It is just difficult. So make it easier for yourself and others. When people ask me, “How are you feeling today?” I say, “Depressed. Out of my antidepressant and my doctor is away so I can’t renew my prescription.” Three quarters say, “I know how you feel and tell me their troubles and offer me some of their antidepressant.” I am not kidding when I tell you this. The others embrace me and help heal me because they have been loved and have joy in their lives.

Be a healer and spread joy through humor and laughter. The world is a human comedy if we but see it that way. Yes, it is a tragic comedy at times but he who laughs lasts. Remember it is not healthy to be serious and normal. Trying to be normal is only for those who feel inadequate. So be a carrier and spread joy and healing. If you embarrass your children regularly they will thank you later in their life. Our children come home and say, “Thanks Dad.” When I ask why they are thanking me they say they either did something crazy at work or school and instead of their being criticized they heard people say, “Well you know who his father is.”