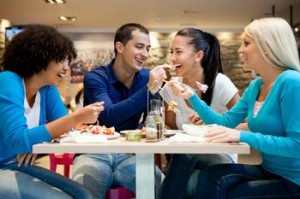 My question last week was: What did you do this week to embarrass your family or make them laugh, and why is that important to do? There are many reasons to embarrass your family. As a father of five, I saved a good deal of money because our kids didn’t like eating out with me. I would order Chinese food in Italian restaurants and when the waitress would ask, “How’s everything?” My response was, “Why are you upsetting me? Didn’t you hear the news and read the paper today? Please let me just eat my meal and not have to worry about everything.”

Another benefit is it frees your children to be characters too. One came home from a day at work and the other from school and said, “Thanks, Dad.” I asked them why they were thanking me and they both said the same thing, “I did something today and I heard people saying, “Well you know who his father is.” So neither one was punished or reprimanded because it was my fault and not theirs.

When we can bring out our inner child, the world becomes a much more enjoyable place. So I just go my way following directions as a child would: if “sign here,” I write “sign here”—if “Print Name” I write “Print Name”—if “wet floor,”

I certainly do, and when the bird seed bag says “wild bird seed,” I ask if they have any for tame, pet birds. If you’d like my list of bizarre behaviors, just email me for it.

We all need to pay attention to our relationships. They give our life meaning and relate to our survival. However, if not understood, they can become a problem. Years ago my wife was asked by a group of my female admirers, “What’s it like to be married to him?” She responded, “It’s a struggle.” I nodded my head in agreement when the women turned to see my response. 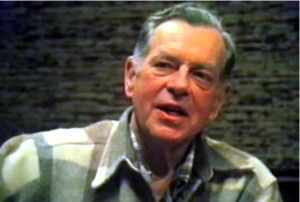 Joseph Campbell called marriage an ordeal. He was discussing relationships, and whether it is husband and wife, doctor and patient, or a business and its customers it is 1+1=3. A relationship is not about the individuals involved. It is about a third entity, the relationship. When the participants take responsibility for their relationship it flourishes. I know from experience, having had 38 wonderful years of married life. The only problem is, they weren’t consecutive.

Healthy relationships also help us to thrive. Women live longer than men with the same cancers. One intellectual oncologist in discussing this said that it must be that estrogen and progesterone were protecting the women. I added, “Since married men live longer than single men with the same cancer, smoke as much and have less lung cancer, sleeping with estrogen and progesterone must be protecting them.” 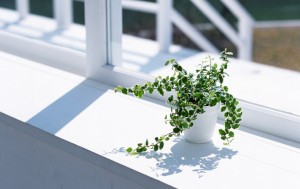 In a nursing home study the occupants who were given a plant for their room and told to take care of it.  Their plants lived over five years longer than people on the other side of the hall who were given a plant and told it was to decorate their room, and that they had no responsibility for it. I cared for a woman with twelve cats who was seriously ill with cancer and her kids couldn’t stand the smell and didn’t know what to do with the cats. I told them to not do anything because if they took her cats away she would die. They were wise enough to let her keep the cats and realize she couldn’t die because of them. Similar to a woman who said, “I have nine kids and I can’t die till their all married and out of the house.” Well, 20 years later she died when the last one left home. So ladies and gentlemen, do not live a “role.” Instead, live an authentic meaningful life.

One more story in closing. Grace developed a lump in her breast which turned out to be breast cancer. She refused treatment because she had a very sick diabetic son she had to care for. I asked her what happens if she dies first. Then, she agreed to have surgery. She joined our support group and was constantly complaining about all her responsibilities and phone calls. She had a personality flaw many nurses have, not being able to say no to all her demands. I told her she didn’t have to answer the phone and she looked at me like I was nuts.

Next week she came in smiling. When I asked her why she said, “I had to answer the phone or I’d feel guilty, so I had the phone company remove the phone from my house.” When she realized the world didn’t end because she couldn’t answer the phone, it helped her to give responsibility to others for their own health and well being.

Now a homework question: How do you help your kids decide what to do when they have to make a decision? What do you tell them when they have a difficult and troubling day?  We’ll go over your homework in next week’s blog post.