This article is not about creating feelings of guilt, but about understanding how our relationships and life experience affect our health and our behavior. The President tells us the United States is the only country with so much gun violence. I don’t know if that is true, but his feelings tell us we need to change the way we raise our children and our pets and heal our relationships. We need to educate all future parents to love their children, and part of that love can be expressed by raising children to be confident and empowered, along with being compassionate and loving.

Decades ago Jungian therapist Elida Evans wrote, “Cancer is growth gone wrong, a message to take a new road in your life.” Poet W.H.Auden wrote about cancer in his poem, Miss Gee, “Childless women get it and men when they retire. It’s as if there had to be an outlet for their foiled creative fire.”

A letter I received from a woman stated: “My mother’s words were eating away at me and maybe gave me cancer. You gave me permission to be the authentic person I was meant to be. I told her she didn’t need my permission but she did need someone’s love and compassion and I was happy that I was able to do that for her.”

The following comes from a chapter entitled “Death and Growth: Unlikely Partners” from Elisabeth Kubler- Ross’s book, Death~The Final Stage of Growth She wrote, “All of us, even those who have chosen a life of non-growth, of playing out the roles that are prescribed for us, feel within our innermost selves that we are meant for something more in life than simply eating, sleeping, watching television, and going to working five days a week.”  That something else that many can’t define is growth, becoming all that is truly you—becoming more fully human. Listening to the news about the Oregon disaster, a classical example of what John Steinbeck said in East of Eden, “Everyone experiences rejection, with rejection comes the desire for revenge, and with revenge guilt, and there is the story of mankind.” The poets and authors observe the world and write about it. We need to pay attention to what they tell us through their creative endeavors. 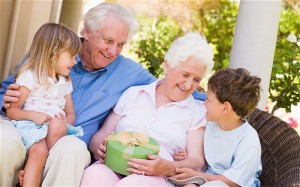 One of the victims of the Oregon murderer said to him that he was sorry for what he had experienced in his life. The murderer’s response was that he was just saying that—he didn’t really believe what he was saying. I can tell you what he was saying is the truth, and he wasn’t killed. I do know of people who are alive today because they accepted the person threatening their lives and through their love and compassion, saved their lives and that of the potential murderer.  In a sense I feel that if we can act like loving grandparents towards one another, being free of judgment and just seeking to give our love and compassion to others so that they feel worthy, it will change their life and help them to grow in a healthy way as a human being and not end up killing for revenge, then committing suicide due to their guilt (when their destructive behavior registers in their mind) and they realize they are acting like the people they want revenge from.

I have mentioned before the story of a young man who was sexually abused by his parents and their friends. He called me to tell me he was going to commit suicide and to say goodbye. When I offered to help him kill his parents, which seemed more appropriate, he said, “No, I never want to be like them.” I believe that there are no coincidences.  He is alive today because the subway train he planned to jump in front of didn’t show up on time and he was rescued. 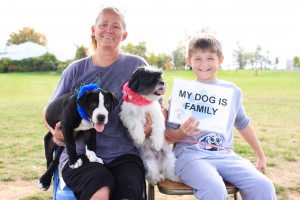 We need more love warriors out there helping people feel cared for and about. Even the FBI recently acknowledged that domestic violence can be decreased if we upgrade animal cruelty to a Group A felony. Why? Because the people performing the cruel acts with animals are also doing it to their spouses and children and if we are aware of this we can help their victims to escape their brutality. Often a spouse will stay in an abusive marriage to protect the pets and children, but it doesn’t really stop the abusive behavior.

Back to why am I writing all this. I want those of you who are being abused and threatened to get the hell out of there. Tell the truth and don’t lie to protect the abuser from the authorities. I want us all to stop the growth from going wrong, leading to disease of the individual and society. Grow up. As a woman I know who has breast cancer said, “I had a mastectomy and got a divorce. I gave up a tit and an ass.”

When you start growing in a healthy way by doing what your heart and authentic self desire and deserve, you will create a life and body you love, and then true healing can happen. I know it isn’t easy, but it is worth the effort. We are here to grow by becoming what our inner seed knows it should be. So give yourself the soil, nourishment, and sunshine and let your acorn become an oak tree; we are all unique but still a part of the family of man.