I always wondered why we sleep. It is a dangerous activity when you look back through history when we slept in caves with no guns, 911 calls or alarm systems. You go to sleep and into your cave comes a lion and has you for dinner, which she shares with her babies. There must be some value in sleep besides resting (which we can do while awake). The various metabolic events which go on during the sleep cycle might also occur if we rested the same time every day or night. I am not an endocrinologist, so I cannot answer all my questions, but I do feel there are deeper and more valuable reasons to sleep than just metabolic ones. 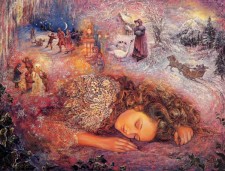 For me, sleep gives us all a chance for our unconscious to communicate with us through symbols, which our intellectual mind can block or misunderstand when awake. I know this communication can happen when we are awake, too, as I have discussed with examples of hearing voices and communicating with animals and other physical beings.

Our son has a “telekinetic enhancer.” It is like a tiny fan resting on a needle, and by putting your hands on each side you can get it to rotate. This is not due to heat but to energy we create. You can choose which way to move, stop, and reverse it. Creation is amazing, as is sleep and dreams.

I do believe dreams are a source of wisdom to help us direct our lives in the most healing and health-enhancing manner. It can bring up for us past, present and future so that we resolve problems and find our true path and direction. A dream can also reveal somatic information and truths, telling you what your diagnosis is and about the best treatment for your disease.

Many years ago when I was struggling with many personal and emotional issues about my life and work related to the imperfect and sometimes cruel nature of life I had a dream. An iridescent cat walked up to me and told me her name. I thought due to her appearance she was saying Diamond, but no one was pronouncing the D at the end of her name. Due to many issues surfacing in my life, I went to see Jungian therapist James Hillman, who told me the cat’s name was Daimon and that is why it sounded that way to me. He talked about it as my spirit and here is a definition I found:

The idea of the daimonic typically means quite a few things ranging from “befitting a demon and  fiendish to being motivated by a spiritual force or genius and inspired.” As a psychological term, it has come to represent an elemental force which contains an irrepressible drive towards individuation. As a literary term, it can also mean the dynamic unrest that exists in us all that forces us into the unknown, leading to self-destruction and/or self-discovery.

It sounded so true for me at that time in my life. Hillman advised that I go and talk to the cat again and have it answer my questions. We are always in communication. Some nights I feel like I went to the movies—my dreams are so interesting, informative, and timely. They helped me understand why I became a physician, and that the fear of death was not one of the reasons. And, they revealed that some potentially fearful symptoms I had were not due to cancer. 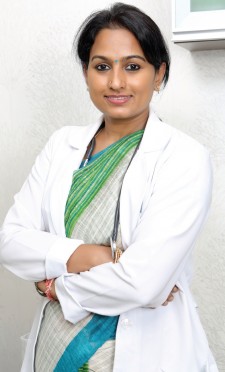 On the other hand in my book, A Book of Miracles, I tell about one woman who sent us her story. She went to sleep one evening and in her dream a dark skinned woman with an accent appeared to her and informed her that she had a lump in her right breast which needed to be taken care of. She followed instructions, which is very sensible when a dream speaks to you, and was diagnosed with breast cancer at the local hospital. After they informed her of her diagnosis the staff told her the doctor who would be treating her and caring for her during her treatment would be coming in to see her in a few minutes. When the door opened into the room a dark skinned, woman doctor from India appeared; the same woman who spoke to her in her dream. That is no coincidence.

Again, one needs a quiet mind to allow the unconscious to create the movie of our mind and reveal to us what we need to see, and/or know. After he died, my father has come to me, and his appearance and message helped me heal and stop grieving in an unhealthy way. 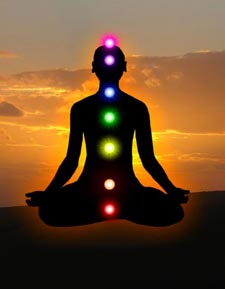 And how does my consciousness know how to use words which I do not even know the meaning of? One night, in my dream, everyone spoke a foreign language. I had no idea what they were saying, but it sounded to me like someone from India speaking. I found a young doctor at Yale who was from India and he interpreted it for me. Sure enough, I was right!   Now I don’t have any idea where that came from except to say that I do believe we are all part of the great collective unconscious. All information and knowledge is accessible to us if we but focus on the correct channel, and set our satellite dish up properly.

In plain terms I mean we need to have a mind which does more than just think and worry. We need one which is clear of clutter and contains an inner pond which is tranquil, open and accessible to what is occurring within it at all depths and around it, which can cause personal tsunamis when we are not aware of the truth.