When the New Year arrives, we all talk and think about making resolutions and what we will be doing in the next year. What enlightened me was someone saying that they were not going to resolve to start doing things and exercising, but had decided to stop doing things. I liked that idea, so this year I am not going to do a lot of things that are not in my best interests. Here’s an example for you: 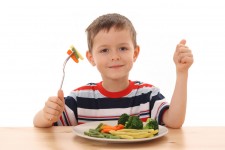 Instead of saying, “I am going on a diet this year,” say, “There are some things I will not eat this year. I will stop eating unhealthy foods and treats, and I will not sit around all day and not exercise.” I find it is easier to say “no” to what is not good for me than to say “yes” to all the ideal activities and lifestyle changes which, when you can’t or don’t live up to all of your resolutions, end up making you feel guilty. Instead, I feel good every time I open the fridge for some reason and don’t grab a treat, which is sitting there right before my eyes.

So, I recommend that you all sit down and make a list of things you are going to stop doing. Each time you stop doing what isn’t good for you, you will be rewarded for your actions. Denying yourself something does not give you that feeling of having made the right choice in the moment, and may even lead you to do the wrong things just to try to feel deserving of a reward (for a tough day, as an example).  But with my new method of following a list of what I am going to stop doing, I get the immediate, rewarding self-confidence that comes from truly caring for my body, and doing the best I can for it.

The majority of addicts have self-destructive behaviors as a reaction to an abusive life, and so they inadvertently keep themselves unhealthy and in peril by choosing to reward themselves with substances and behaviors that damage the body like drugs, alcohol, food, and more. They have not learned to love themselves, but what if they said to themselves, “I deserve to feel loved and be loved by myself and others, and so I will stop doing things that are self-destructive.  I will not act like those who abused me—I am in control now, and I choose to do what will keep me healthy and help me be able to comfortably give and receive love, because I now see love as the best reward we can give to ourselves or to anyone else. I am going to love myself and my life, and give up the behavior which imitates the destructive nature of the life I grew up living.”

Much of the abuse and damage is done by the words we hear from others, as they direct their destructive words at us. Constructive criticism and coaching represent how we can be positive about learning life’s lessons.  But being told that you are worthless, a failure, and unwanted does not accomplish anything helpful for you or your family. So, do not tell people what is wrong with them, but do tell them how to stop what is unhealthy and how to create a new self by changing from their own detractor to their own supporter. Spend more time complimenting those who are in your life and stop the negative statements. 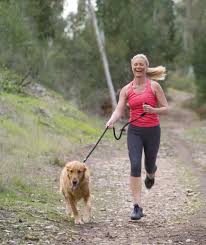 Yes, you can share what actions you know of, or use in your own life, that could be more helpful to do as they stop doing what is self-destructive. And it is important to be an example and live the sermon. Saying “no” to what doesn’t nourish your heart or life is the healthy thing to do. Being a submissive sufferer is self-destructive. One of the things I hope to stop is yelling and being noisy when I do not like what is happening. That does not mean that I can’t still feel anger when not treated with respect, but how I respond is now my key issue—and my response is not to act in a way I do not like and do not want to act.

Now to wordswords which can become swordswords which kill or cure. The following insights are from someone I know, and whose complete story is in my latest book, LOVE, ANIMALS AND MIRACLES. By the way, she has arranged for me to speak in the Hartford area and has started a Happiness Club branch in her area.

Aries is the dog whose story is shared. Audrey’s daughter Elizabeth was murdered. Prior to that happening she had desired to adopt a male puppy for her Dad, who was the only male in their house, but the one she wanted was already taken. A year or so after her death her parents went to adopt a dog from the same breeder. When they walked in a large number of dogs were loose in the room. The breeder gave them a command to be still but one ran over and jumped into the Dad’s lap, and the dog and dad began to cry. The breeder told them it was the dog their daughter Elizabeth had picked for them, and the people who adopted it had to return it. Of course they went home with Aries, and the following are the words of Audrey to me.

Thank you for your words, they hold special meaning for me and are quite timely. We had to say goodbye to Aries, our standard poodle. He was that gift of love from our daughter Elizabeth through the spirit world.  He brought us undying love and taught us how to live and die.  He lived longer than any other we ever had. When he stopped eating he was telling us he was ready to go. He was a wonderful boy. Aries taught us how to wag our tails no matter what life throws at us, hold no judgement, live in the moment for none of us know tomorrow, and trust that yesterday is gone. He only knew love. That is our legacy, it lives on. Bernie, thank you for your words that also live on.  They hold meaning and resonate deep from within. Much love, Audrey Carlson

Yes, words and actions which share love are immortal. If I had to combine my two topics I would say for us all to stop saying and doing what doesn’t come from a love for all things, and live in our hearts and be aware of the wisdom of consciousness which never ceases to be there for us. And if you have problems, just read the description of Aries and start imitating him every day.

Stop acting and doing things that people do, and start doing things and acting like a dog, preferably one who is house broken.