It is an honor to “meet” you even though it’s by email.

Many years ago, my father shared with me insights from your book Love, Medicine & Miracles. Lately, I came across the now “yellowed” book again, and have been reading it. It’s great, profound, and full of insights. I figured that now is the time to reach out to you.

My father suffered a stroke 5 years ago.  He is now 80 years old. He suffers from aphasia, and possibly some cognitive damage, though it’s unclear how much is due to lack of language. His short-term memory and executive functions have been affected, too. Not to mention total loss of computer skills.

He can speak fluently, but the words most of the time don’t make sense, and we need to work hard to figure out what he is saying.  He slurs, and doesn’t at times seem to remember certain things, though we go over with him more than once that a fork is not for soup, or how to use soap in the shower. It doesn’t seem to be getting better.

Before the stroke, he worked a full time job. From what we’ve seen, the stroke came after a few very stressful days at work without enough sleep. I tried to analyze and figure what the message of the stroke is for my father. I think I came up with some answers, but am not sure, and also not sure how to help him heal through it. That is why I am, obviously, approaching you. 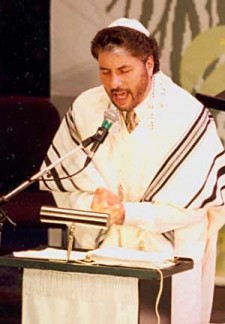 My father, besides his regular work, was a cantor, and for him, singing was a major part of life, and who he was. Due to work and other circumstances, his singing pretty much stopped.  I could see the effect it had, though he hid it well on the outside.

In addition, he was/is a very creative person—talented and well-educated (PhD in economics and engineering, an MBA, etc.) who moved to another country and things didn’t work the way he hoped for financially. He was working at age 75 because he needed to work. His work didn’t utilize his creativity and his knowledge. He was diligent, and did it because he had to.

I think that, at the end, his body had enough and said, “You are not singing. You are not doing creative things in your life. You are also under pressure. You are not expressing yourself enough. It is time to cause a change. So now you won’t be able to sing. (He has the voice but the words are not there). You also won’t be able to express yourself. You blocked yourself, so now your body is forcing you to do it, too. You were under pressure to making a living. Well, now the pressure is gone. It’s for others to handle for you. From someone who was working and active to this sudden change that has a huge effect.

I don’t know how and what to do to help, or whether what I am saying makes sense at all. Looking forward to hearing from you. 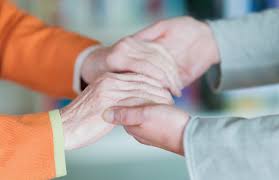 Play his music so he can hear it, and help him to find peace. There are many nutritional supplements which can help the brain, too. A company called Life Extension could be a resource for you.  Look for them online.

Telling him you love him, and remember to hold his hand, gentle touch is always helpful to calm people. Even if your dad doesn’t appear to be in distress or anxious, he could be very upset inside, so just regularly playing his music, holding his hand, seeing if gentle massage to his neck or arms, legs—whatever he seems to like. Closely watch for his response if you try a bit of gentle massage, because he may not like it—don’t force him—just do it if you are absolutely clear that it isn’t making him more uncomfortable.

You also have to accept that the will to live must come from him and not you, so talk

to him about that, too.  Respect his wishes, maintain his dignity, and be loving and thoughtful.

Give him a box of crayons to draw pictures with, let me know what colors he chooses, and then email me the picture, if you can.  I will interpret his drawing as I see things and let you know.

I’m working on me and healing (and believing that I can).  It is certainly a process. 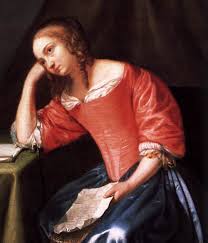 I received an email from an estranged cousin of mine that her father passed away.  There is a long history there that is largely irrelevant.  Much like your black dot experiment, my cousin and I both see the history differently (and both believe our version is correct).

Her email was cold and to the point.  I can feel myself wanting to respond in kind.

Truly, keeping in mind the teachings of Jesus, Leo Buscaglia, and you!! I’m going to write the nicest, kindest response I can honestly draft.  I don’t tell you this for any “look at me” moment or positive reinforcement, but rather to let you know that I’m trying to put some positive and love into the world.  As my dad would say, “It ain’t easy McGee!”

“What if Jesus was the only normal person who ever lived?” ~ Holmes

If you believe it isn’t [possible], then you will accomplish what you believe, and [that leads to] not healing.  Or, you can choose to believe it IS possible, then…

But what if in my heart, healing doesn’t seem possible for me?

Let your heart make up your mind.

What do your anger and fear accomplish?  Nothing but negative outcomes; instead, give your body the positive, upbeat message that you want to LIVE! Visualize your energy going to loving your body and visualizing it healing.

Let your body teach you what you need to learn.

Jesus ~ “It is done unto you as you believe.” So, start visualizing and believing in your power for true healing, and stop being negative and causing your immune system to shut down.