Here are the quotes, in finished form, with the name of the person who said them.

Sometimes, when I look at my children, I say to myself, ‘Lillian, you should have remained a virgin.’
~ Lillian Carter (mother of Jimmy Carter)

I had a rose named after me and I was very flattered. But I was not pleased to read the description in the catalogue:  ‘No good in a bed, but fine against a wall.’
~ Eleanor Roosevelt

Last week, I stated this woman was the ugliest woman I had ever seen. I have since been visited by her sister, and now wish to withdraw that statement.
~ Mark Twain

Now to get serious. A carrot, an egg, and a cup of coffee….You will never look at a cup of coffee the same way again. A young woman went to her mother and told her about her life and how things were so hard for her. She did not know how she was going to make it and wanted to give up; she was tired of fighting and struggling. It seemed as one problem was solved, a new one arose.

Her mother took her to the kitchen. She filled three pots with water and placed each on a high fire. Soon the pots came to boil. In the first she placed carrots, in the second she placed eggs, and in the last she placed ground coffee beans. She let them sit and boil without saying a word. 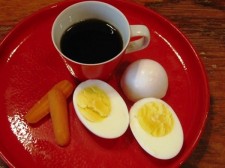 ‘Carrots, eggs, and coffee,’ she replied.

Her mother explained that each of these objects had faced the same adversity: boiling water. Each reacted differently. The carrot went in strong, hard and unrelenting. However, after being subjected to the boiling water, it softened and became weak. The egg had been fragile. Its thin outer shell had protected its liquid interior, but after sitting through the boiling water, its inside became hardened. The ground coffee beans were unique, however. After they were in the boiling water, they had changed the water.

‘Which are you?’ she asked her daughter. ‘When adversity knocks on your door, how do you respond? Are you a carrot, an egg or a coffee bean?

I could clarify the meaning further but I think you will all get the message and get to know yourselves better by answering the question for yourself.

I am not sure who said it but I agree, “Life is like surgery without anesthesia.” How we respond to pain and loss is what it all boils down to. The boiling has its place in our lives to. When our pain and difficulties become a labor pain of self birth it hurts a lot less.

When we don’t choose to change our lives and eliminate what is killing us then suicide becomes the easy way out and treatment of choice. 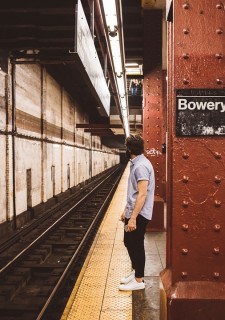 Think about how you would answer the question; How are you? Would you answer; I am not happy or I am unhappy. If your answer is that you are unhappy then you have chosen to remain in that state of being. But if you said I am not happy there is hope for you because you have the potential to change yourself and your life and find happiness.

I have written about a boy I knew who was abused by his parents and instead of killing them, because he didn’t want to be like them, chose to commit suicide. However, his angel delayed the A Train and so Toni called the suicide hot line, whose number was on the subway platform’s wall, and learned about love from the people who rescued him. We are all capable of change but we have to be willing to do the work and remake ourselves and our life.

Here is a little poem I wrote many years ago. Entitled HAPPINESS. I mention our daughter because she lives with many problems including a child with genetic metabolic and developmental problems. And then once I get started going through my “poems” I can’t help but share others with you containing the lessons I have learned.

HAPPINESS
I will not give my power away
It is my happiness, mine
I create it, not you
I decide to be, not you
You can come into my happiness
But you cannot create it or destroy it
You can only enlarge it
Our daughter knows about happiness

SUICIDE
Why think it?
Why bother with life?
What’s the point?
It is so easy to stop living
Why take the easy way out?
Chicken
Take the challenge
Take the pain
Live
Have surgery without anesthesia
Then life seems easy

PRECIOUS STONES
The stone had chiseled on its face
The years months and days he lived
Were they precious, treasured, counted and remembered
Or was his life a sentence to be lived out
Stop and think
The time we spend doesn’t change
Are we living or dying
Free or imprisoned
Gift or burden
Years, months, days
Hours, seconds
Time
How will you spend your sentence?
Until you create a precious stone 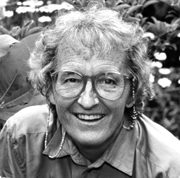 I work at it every day and accept my mortality so it becomes my therapist in the sense of reminding me I am here for a limited time and if so then why waste it being unhappy. I said I work at it. I didn’t say I never have a dark moment but again the darkness is like hunger forcing me to find nourishment for my life and soul. Many years ago when I was an angry man because of what life had dealt me Elizabeth Kubler-Ross listened to my anguish and then said, “Bernie, you have needs to.” I am forever hearing her repeat that and trying to get the message.

As I was about to share that some of that was about having five kids, a house and yard full of animals, my wife diagnosed with a serious illness and a busy surgical practice, all making demands on my time, one of our present cats started yelling at me because it is nine minutes before their feeding time. So you get the message. Life doesn’t change but Penny will have to wait until I finish this article. I am laughing now and just accepting that that’s life. I have quoted one of our sons before: “Life sucks and most people suck and if you wake up one day and the world is beautiful and everyone loves one another; you’re dead.” I love it and he told me that if I ever write another book to call it Holy Shit. I think that is a great title for life. So use the compost and come up with a delicious hot cup of coffee.

Now your homework: Complete these quotes

The secret of a good sermon is to have a good beginning and a good ending and…….

If you are irritated by every rub how will you be polished.
~ Rumi

How could death be the end of something that has no beginning?
~ Hydeh Aubon

Your criticism is your opinion of one, which you are free to have.
~ Lucette Douglas