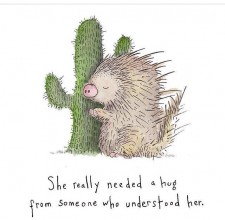 This post is written for two groups. Number one, the women who need to be educated about the behavior of men in a crisis and two, the men, who are willing to change and go beyond the traditional self-destructive masculine behavior. Most men do not handle emotional problems well. Too often they desert their wives and girl friends in time of crisis. I know some husbands who drive their wives to our support groups and then sit in the parking lot waiting for them. They are chauffeurs and not soul mates. They have a great deal of difficulty sharing feelings and joining a team, which is something women do as a reflex in times of stress. Men are more likely to take a fight-or-flight approach. If they can’t fight it or fix it, they take off. Be prepared. You are not the problem. The problem is their discomfort, or their dis-ease with disease.

Is this survival behavior? No. Do women live longer than men with the same cancers? Yes. But it has a lot to do with our biology and patterns of thinking and behaving. Men need to be given something to do. It can be as simple as a hug or mowing the lawn or getting out of the way and playing golf. But it can also be knowing that your presence is what is needed and not your attempt to fix and cure it all. You can go on the Internet and get information and feel like you are doing something for your afflicted loved one. Remember if you do what Lassie would do you can’t go wrong. Just find your role model and behave as if. 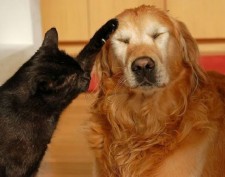 To be fair, there are men who are not afraid of their feminine side and are willing to join a healing team. In the same way, some women are not afraid to use their masculine side, and to speak up for themselves in hospitals. If you want to heal, it is important that you be a complete human being and be comfortable with behaviors that are typically masculine and feminine.

To be a fully empowered patient and healing team member, you need to be able to step outside gender-defined ways of behaving. Fortunately, this is somewhat easier than it was in the 1950s. Today people do not find it particularly strange when a man admits to being scared or a woman makes John Wayne look like a wimp when she is unhappy with the care she is receiving. Men and women are generally allowed a wider range of emotions and behavior, and people may not find it odd that you are feisty when that is needed, and open, receptive, and expressive when circumstances call for that kind of response.

Moving beyond the traditional masculine and feminine roles can be a matter of life and death. In today’s environment we need to combine both features because they make a difference. For a man joining a group and developing relationships and asking for help may be very difficult but it is survival behavior. For the woman stopping the good girl behavior and expressing emotions may be a big change from her family behavior pattern. 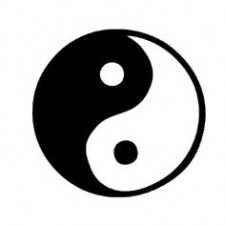 What it is really about is our becoming a complete human being which very few of us are. Men need to stop being afraid of their vulnerability and take their place in society alongside women who have the right to their place in society. It took us long enough to even let the women vote. Why? There are women physicians I know who are so masculine it is unhealthy and their patients suffer. We all need to be in touch with our unconscious female and male components the anima and animus. They are within us whether acknowledged or not.

Men stop being afraid to feel and give your sons the freedom to be complete human beings. It is healthier to be authentic then it is to live a role.