I cannot deny events and facts, and since my wife died a little over two years ago, my experiences have been incredible. The first being a call from a former patient and mystic two days later saying she had a message from a lovely lady who was an opera singer, that Bobbie was fine and with family again—my wife’s mother was an opera singer.

I know it is true because they appeared in strange places and also in places where I saw no pennies an hour before. And even in place pennies would not be lost like wooded areas around our house. The most significant were my finding a dime and a penny together because we were married on the eleventh day of July. They were on store checkout counters and in a bird bath is our yard.

At night when in bed, I heard sounds like her voice, and even sat up one night and asked, “Do you need any help?” and then realized my wife was dead, and not talking to me in the bedroom. At night I also would hear a sound like you make when blowing out a candle and then feel a breeze on my face. I knew my wife was kissing me good night.

Eight months after she died, I had a heart arrhythmia called fibrillation and went to the local emergency room. They called out to staff, “put him in room number nine.” My wife was born on 9/9. So I knew she was watching over me. When they had a hospital bed available the next day, it was in room 819. Eight has meaning by representing a new beginning, so again I knew I’d be okay. My hospital identification number on my wrist band is 8996633 and the case numbers also added up to nine for the last two years, and I have saved them for nonbelievers to see as evidence.

This last Mother’s Day weekend was a 9 for Friday 10 for Saturday and 11 for Monday. On the ninth I found a dime and a penny in the clothes dryer when I went to take the dry clothes out, and there was nothing put in the dryer which had any chance of having coins in them. On Sunday I was making the bed after getting up and went around to the side my wife used to sleep on to tighten the sheets and blankets by pulling them back. When I lifted them to pull they felt like they were pulled out of my hands and thrown to the other side of the bed and what did I see? Yes, a dime and a penny on the bedsheet. You try and explain that one.  I put all the coins in a little plastic bag and keep them with my wife’s photo in the shirt pocket next to my heart.

Last but not least, the most remarkable event. I wear three rings. One made by one of our children is my family ring, another made by a patient and friend my friendship ring and third my wedding ring. Two years ago some women, who were old friends, began to show interest in me after Bobbie’s death though their actions were not of interest to me.  When I go to sleep at night I put the rings and my watch in a drawer. Well one morning I look in the drawer and my friendship rings was missing. There was no sensible explanation for that. Yes, I looked on the floor and all around nothing discovered. I felt it was my wife’s way of saying, “stop this stuff with the female friends.” I made sure I did, but no ring appeared for several months. Then one morning while the bedroom carpet was being vacuumed, I was called to come to the bedroom—and there on the floor in plain view was the ring. Try and explain that one.

Now back to the latest Mother’s Day weekend. On Monday I open the drawer and the friendship ring was missing again. I searched everywhere with a flashlight to see if I might have dropped it under the bad or in the closet accidently when I put it in the drawer. Nothing found. Two evenings later as I am getting ready for bed there on the carpet in front of the closet was the ring in plain view for anyone to see. There is no rational explanation for any of these events except that my wife’s spirit and consciousness are ever present and still participating in my lifer and our relationship. We had a love few people will ever experience, and I know she is still there, with and for me and our family. 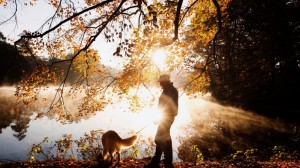 I am taking the time to write and share this so people realize that Life is a cycle, and I know from a past life experience that my wife and I were not together for the first time in this life. Bodies die but spirits and consciousness survive and recycle. So know that your loved ones are still there, watching over you and desiring that you still find happiness and meaning in your life, and not let sorrow take control and destroy your life.