This is a letter to the editor I wrote recently.

In response to your articles on cancer and death with dignity, I could write another book. As a physician, I started becoming involved in resolving many of the issues discussed by starting an organization in 1978, called ECaP; short for Exceptional Cancer Patients. My first book was Love, Medicine & Miracles, and I have been writing, teaching and running support groups for fifty years.

Death with Dignity is a natural process, and when people are empowered, they do not have trouble dying. My Dad died laughing listening to stories my mother was telling, including that he had to take her out on their first date because he lost a coin toss. He chose the day of his death, and so we had a big party in his hospital room for all those who could come. He had said to my mother, “I need to get out of here.” I explained to her that it was his body he was talking about and not his bed. No one in our family has had trouble dying. When ready, they all just went to sleep and died peacefully. 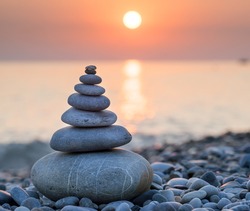 When you keep your power, dying is not difficult and no longer referred to as passing, moving on, going to a better place, or Bradied (when I asked a nurse if my patient had died since his bed was empty, she told me he’d been “Bradied” meaning he was in the morgue located in the Brady Building at Yale). In helping people to live their final days on their own terms, a good hospice can end up having dropouts and graduations, sending people home because they are feeling much happier and healthier.

As far as the language of a cancer article goes, the problem is getting medical education. Doctors are trained to treat the diagnosis and not the patient’s story or experience. Psychiatrists understand survivor personality characteristics better than oncologists. “Wordswords” become “swordswords” and can kill or give hope and cure patients. One of my patients, a conscientious objector, was told by his doctor. “Dave, I am going to kill your cancer.” Dave said, “I don’t kill anything,” and walked out the door, surviving on alternative therapies for over ten years.

When you ask doctors to draw themselves working as a doctor, you get a picture with a doctor behind a desk and a diploma on the wall. No patients are in the drawing. Many famous paintings show the doctor thinking, chin in hand, next to a dying patient but never holding their hand. 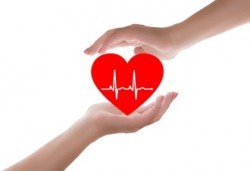 Words, like swords, can kill. Take away hope and people die. In my books and on my website www.berniesiegelmd.com, I share my experiences including an article entitled, Deceiving People into Health. Yes, I lied to people for their benefit, while an insurance company told a patient living at home, “We are not paying for any cataract surgery because you have lung cancer and a short time left to live,” he went home, climbed into bed, and died in five days.

Let me close with cheery news. A patient of mine went to Colorado to die in the beautiful mountains there. A year later I had received no call to invite me to his funeral, so I called the family to complain about their being insensitive to my request. He answered the phone and said, “It was so beautiful here I forgot to die.”

Faith, hope and love do amazing things, and words can kill or cure. One last true story: An oncologist was giving a chemotherapy protocol named the EPOH protocol after the first letters of the four chemotherapy drugs being used. He changed the name to the HOPE protocol and had more patients have a positive response to the treatment than the other oncologists saw in their patients who were involved in the study.