How many of you have become frantic waiting for a ride to the airport or some other event that you couldn’t be late for?  You get agitated and frustrated and feel helpless, yet what does this accomplish?

A Buddhist man was staying in an apartment with friends.  When he was ready to leave, he went down to the street to wait for his ride to the airport.  Some time later when his friends looked out the window, he was still there.  His ride was obviously late, but what struck the people looking down at him was that “he wasn’t waiting, he wasn’t coming, he wasn’t going—he was at peace, just being.” 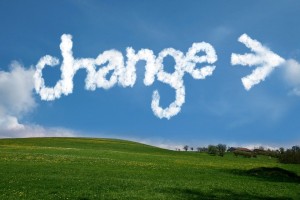 It took me a while to cultivate that state of being.  But months later, when we were being driven through the mountains of Colorado to the Denver airport and had a flat tire, I was prepared.  When I couldn’t find the jack and the driver said her husband had it in their other car, I was still prepared.  When a truck stopped and offered to help us and changed the tire faster than I could have with the proper equipment, I was ready.

Learn to accept the spiritual flat tires in life that redirect you to the Creator’s schedule.