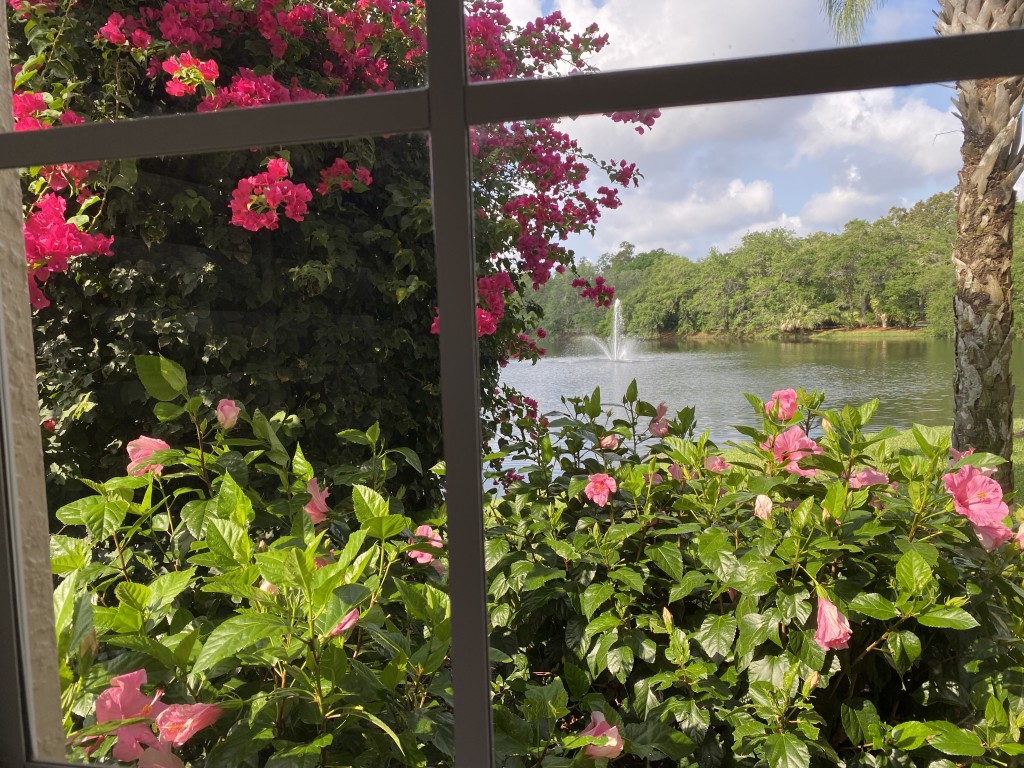 I am currently in Southern Florida and I just spent some time outside marveling at all my favorite tropical flowers that are in full bloom (above). The sun is out, the sky is blue, and a nice breeze is swaying the palm trees overhead. I feel very happy here, energized and completely alive like the natural world around me! Ahh…

Now that spring has arrived, people in all parts of the country can begin spending more and more time outside getting fresh air and sunshine. Being outdoors is so important for our physical, mental and emotional health. Nature isn’t just this pretty backdrop of life, nature is where we come from.

The Problem with Modern Humans

Our ancestors evolved over hundreds of thousands of years intertwined with nature. The outdoors wasn’t something we looked at through double-paned windows once in a while, it was our home. Our ancestors were a part of the land and they were in tune with the seasons. We literally walked barefoot over the earth for hundreds of thousands of years! This was incredibly grounding and healing.

But modern man has separated himself from nature. One study actually found that the average American spends 93% of their time INSIDE ENCLOSED BUILDINGS! This means most people are only spending 7% of time outdoors.

We have lost our connection to Mother Earth and I think this has had tremendous ramifications to our overall well-being. And I’m not the only one to think this. In fact, researchers are now beginning to study the benefits of ecotherapy, also sometimes referred to as nature therapy.

Science is now clearly indicating that urbanization hasn’t been the best thing for the human race. It’s been associated with increased levels of mental illness, in particular with anxiety and depression. But studies have clearly shown that exposure to nature can cure what ails us. These positive changes weren’t “all in the study participants minds.” But the changes WERE in their brains.

Your Brain on Nature

A group of researchers from Stanford took a group of study participants in San Francisco and had half of the group take a walk along a busy city street while the other half went for a scenic walk with gorgeous views of the bay and mountains.

As you can imagine, those people that took the pretty nature walk had decreased anxiety, decreased negative feelings, and even had higher cognitive test scores compared to the other group who walked on the busy city street. Researchers did MRIs on all participants and measured blood flow in the brain. They found that those who went on the nature walk had reduced activity in a brain region called the subgenual prefrontal cortex. This is the area of our brain that is associated with rumination, which means worrying about the same problem over and over again. Rumination is often found in people with anxiety and depression.

For years Japanese researchers have studied the benefits of what they call “forest therapy” as a way to treat both physical and mental ailments. They have also studied what happens in the brain when people are exposed to nature, and their findings suggest that those people who spend less time in nature have higher depression rates and lower activity in the prefrontal cortex area of the brain.

It’s Time to Get Back to Nature

I hope this spring and summer you get outside as much as you can. Take a walk around the neighborhood. Go for a bike ride. Hike by a pretty lake. Or just sit in your backyard enjoying the sights and sounds.

I would also like to encourage you to make as much direct physical contact with the earth as you can. This means lying down in the grass or walking around barefoot. It’s called Earthing! Why is this important?

There is an emerging field of study called “grounding” or “earthing” that suggests connecting with the Earth for humans is like recharging a battery. The earth is constantly emitting charges and frequencies, and we aren’t receiving them as we once were. Research is showing when we make direct skin contact with the earth, it can reduce inflammation, improve circulation, and reduce stress and anxiety.

So try and make a conscious decision to be sure this spring and summer you get outside every day. And when you are out there, connect with nature. Don’t just walk from point A to point B, but really connect. See, hear, smell the world around you. Feel the sense of awe and wonder.

If you have a meditation practice, you may want to move that outside as well. Nature tends to boost the effects of meditation.

I will leave you with this quote from Scottish-American naturalist, author and environmental philosopher John Muir

“I only went out for a walk and finally concluded to stay out till sundown, for going out, I found, was really going in.”

Last Thursday was Earth Day. What did you do to celebrate this magnificent planet? Why not make every day Earth Day.