Live for something, have a purpose,
and that purpose keep in view;
drifting like a helmless vessel,
thou cans’t ne’er to life be true.

~ Robert Whitakeer, LIVE FOR SOMETHING

While in a restaurant, Joseph Campbell heard a man seated at a nearby table telling his child how to behave and eat.  The man’s wife interrupted him: “Why don’t you let him do what he wants to do?”  He replied, “Because I’ve never done anything I wanted to do in my life.”

Campbell said this conversation reminded him of a page out of the book Babbitt by Sinclair Lewis.  The story tells of a father who takes his soon-to-be-married son aside for a talk.  Much to the family’s dismay, the son has decided to forego college, get married, and go to work.  The father tells his son that he is not happy with his son’s choice but that he wants him to live his own life and will therefore accept his decision.  He then confesses, “Don’t tell your mother this, but I have never done anything I wanted to do in my life, and I wanted things to be different for you.”  Then the father, with his arm around his son, leads them back to face the family.

I copied the page from Babbitt and had each of our children read it because I want them to live their own lives.  I am interested in their happiness and not their specific professions.  None of them are physicians, but all of them care about people.  I am amazed at the things they have done and their varied interests.  They have given me experiences and opportunities to learn that I never would have had if I had made them do what I wanted them to do.

I want them to live in their world, not mine, and then it becomes our world. 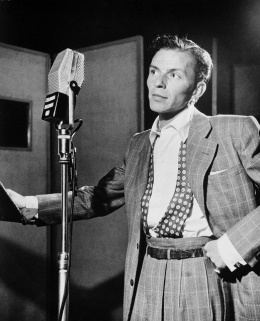 Don’t wait to give yourself permission to live your unique life. Then you can say, like Frank Sinatra, “I did it my way.”