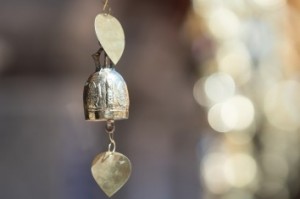 Someone tossed small pieces of white translucent plastic-like material at my forearm and it stuck. They walked away. I didn’t know what it was, but a man I was talking to about the concert seemed to – I don’t remember him telling me what it was.

“I’ll take that” he said. He took three (3) of the rounder small pieces; they were shaped kind of like beads, with holes in the middle. In my drawing, I had drawn those circles.

The man had a beard and mustache, longer and dark brown hair. While he was speaking casually to me – not in a religious or “Holy” way, I think this was Jesus. That is my guess. He was wearing sandals, but was dressed for modern times.

He told me to go enjoy the concert. I realized I didn’t know where the other pieces that I had seen had gone to. 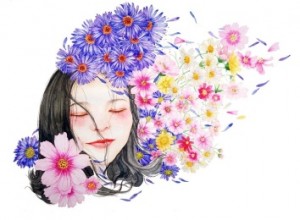 I keep going back to “3” because “3” kept showing up in my drawings as you said—and I had that intuitive feeling I mentioned to you.

I meet with the oncologist this week. I’m not going to tell her about the dream – BUT I think having the dream Saturday night is very encouraging, because I need to call them Monday to try to get a Tuesday or Wednesday appointment.

I like the image of going to hear live music and that the number “3” is repeated—as in the Trinity.  That sounds good to me.

Also, the color white can be a cover up, and it can be a good sign to have some taken away.  Let me know how your oncologist visit goes.