I am so relieved that you are available for a question!! My husband is very ill but has always been a fighter and has frequently surprised his doctors over the years by overcoming when they had given up on him.

Now he’s on a medication that creates severe pain and the narcotic painkillers are creating confusion and distress. He’s expressing his expectation of dying which he has never done before. If he is heavily sedated to get him through this period of pain will he retain his fighting spirit while unconscious?

Thank you so very much for all the lives you are saving! 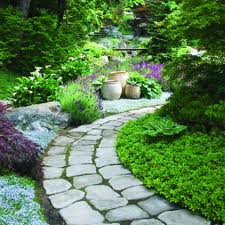 When people are asleep or unconscious or anesthetized they still hear what is going on around them. So yes, you can talk to him and empower him if he is sedated.

I recommend that you ask a hypnotherapist to see him—it could be of help. Look into scheduling acupuncture for him as well.

If he is tired of his body, death is a relief from all disease. Just as he has made decisions about his health in the past, try to understand that he can still make those decisions—even if it is one that will be very hard for you to accept at first.

We know that the placebo effect is very real when it comes to pain, so try putting some vitamin pills in a bottle that says “Pain Medication” and watch for any positive changes in how he is feeling. Tell him it is something new I recommended and give them to him every few hours. If he believes in them it will help.

When you talk with him, ask him to describe how the pain feels, and listen for words like “constant fire that I can’t put out” or “gnawing right through me” or “like it has all the strength and I have none” or whatever he says that you can turn around to ask him to think of anything else in his life that makes him feel that way (or anyone, for that matter). If he can think of situations or people that make him feel like the pain makes him feel, tell him that he can and must eliminate those things or people from his life. He can regain some sense of control by doing this exercise, and you can watch him begin to seem a bit more like his old self.