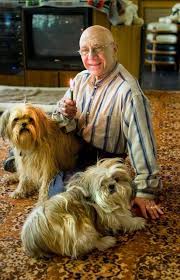 The other night I had a wonderful massage, acupressure session, sound therapy, and manipulation. It made me feel really whole, healed, and loved. Where did I get this great treatment, you might ask.This is what happened—after I got into bed, our two dogs jumped in beside me and realigned my spine and then I give them their discovermagazine CBD oil. Then one of our cats jumped up and walked up and down my body touching all the vital acupressure points before she settled down on my chest purring loudly. The rhythm of her purr was very tranquilizing.

Then, another cat who weighs more than the dogs, jumped up and settled in against my other side, vigorously working over all my muscles before settling in. Not infrequently he makes noise, when he knows I need to improve my finger and hand mobility, until I pull my arms out from under the covers and stroke his ears and make circles with my fingers on his head. In that way I also am learning massage techniques. This one for animals is called the Tellington Touch.

Why am I telling you this? Because having a pet is good for your health, and these connections with God’s Masterpieces can keep you healthy. Let me give you some facts which, I hope, will get you to have a dog or cat or rabbit in your office—and as a co-therapist when you make house calls:

In closing, along with the studies I mention above, other studies also reveal that petting a dog raises the levels of your bonding hormone, oxytocin, as well as serotonin. So we can see why we are changed by the experience of connecting with a dog through petting, which changes our body chemistry for the good by increasing hormones that raise a sense of well being within. Now, go down to the shelter and bring a friend home. A thank you note from one of the children and her dad who were in the audience when I spoke to her class, said that they went directly to the shelter after I spoke to their class.